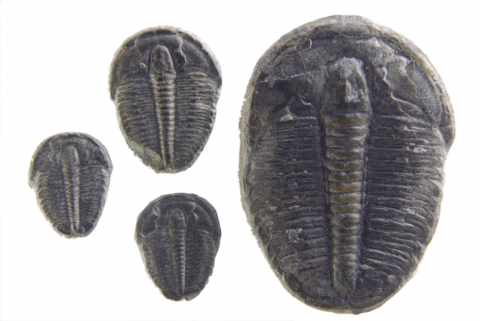 Trilobites are related to crustaceans, they had a hard outer shell that is well preserved 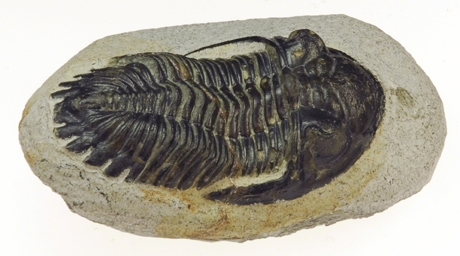 Trilobites are among the earliest arthropods in the world 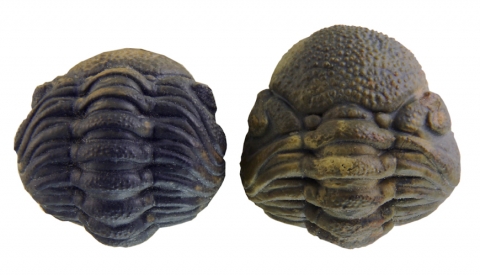 Trilobites defended themselves by rolling into a ball and exposing their hard protective shell to their predators.

Trilobites, true enigmas of complexity, are primeval crabs found in shale, evolved 500 million years ago. The exoskeleton is rigid and are sometimes found with antennae, appendages and complex eyes intact. There are approximately 20,000 different species, ranging in age from the early Columbian period to the end of the Permian period.

Chemical composition CaCO3
Color Black, grey, brown, beige
Lustre Dull
Hardness 3
Crystal system Trigonal - hexagonal
Origin Africa, Europe, North America, China, Australia
Healing properties*
Stimulates reading the ancient wisdom of the earth, brings ancient Earth awareness and knowledge of the strength and ancient wisdom of the soul. Gives access to the root wisdom of peoples and the planet, Earth and soul origins.
Folklore
Trilobites were ancient creatures from age-old seas. These prehistoric beasties are sometimes called “insects of the sea”. They were the first to evolve sight, assisting their search for food. Their compound eyes had lenses of clear calcium carbonate. The Silurian trilobite could defend itself by rolling into a ball when threatened, ensuring that its shell, a protective coat of armor, was exposed to the predator.
Shop This Gemstone