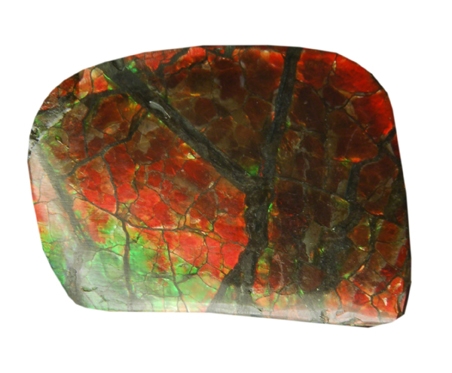 Ammonite is a fossilized shell, a thin layer of fossil skin that is often worked into doubles or triples. Cephalopods that form Ammolite originally lived in subtropical seas until becoming extinct at the end of the Mesozoic era. Ammonites were buried by layers of bentonite sediment which preserved the aragonite of their shells and prevented conversion to calcite. Many fossils with striking patterns and shapes have been regarded as protective and powerful talismans for thousands of years.