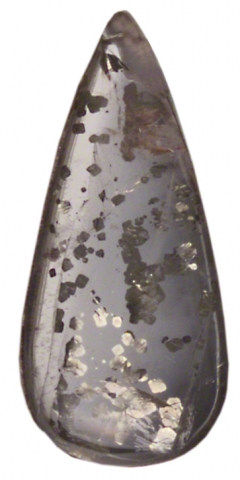 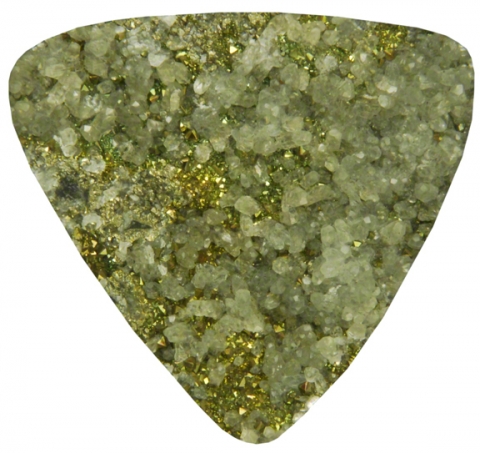 There are three ways inclusions can get into the quartz crystal: Some Quartz crystals grow simultaneously with an infinite amount of many different minerals. These inclusions are called syngenetic. Other minerals have grown before the Quartz and then the quartz engulfs them and the original form of the included mineral is preserved. These inclusions are called protogenetic. Minerals can get into another mineral by exsolution. When the conditions during crystal growth allowed the incorporation of elements into the crystal lattice that are incompatible with the crystal structure at different temperatures or pressures, these elements may separate from the lattice to form new minerals once the conditions change. Such inclusions are called epigenetic. Very often these inclusions are specifically oriented with respect to the crystallographic axes of the main crystal. The best example of a quartz with epigenetic inclusions is rose quartz.

Chemical composition (FeS2
Color clear with silvery flecks
Lustre metallic and glassy
Hardness 2.3 - 2.6 up to 5
Crystal system Trigonal
Origin Brazil, Europe, Asia
Healing properties*
Pyrite protects against negative energies and physical danger by creating a shield within the persons aura that is carrying the stone. Clear Quartz metaphysically is known for bringing the energy of the stars into the soul. It connects the physical dimension with the mind dimension. It is known for altering the state of consciousness and creating a vehicle for reaching those areas within us and utilize our minds abilities and talents.
Folklore
Hercules dropped the quartz crystal of truth from Mt. Olympus shattering it into all the pieces we find today. Quartz has been used by Shamans and healers for thousands of years.
Shop This Gemstone