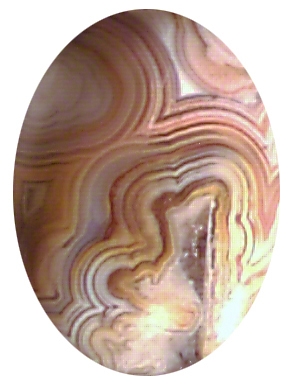 Agate is a form of chalcedony which is characterized by bands or zones that differ in color. Agate usually forms concentric or irregular layers, usually lining a rock cavity. The layering often follows the form of the cavity and gives place inwards to crystals of quartz.