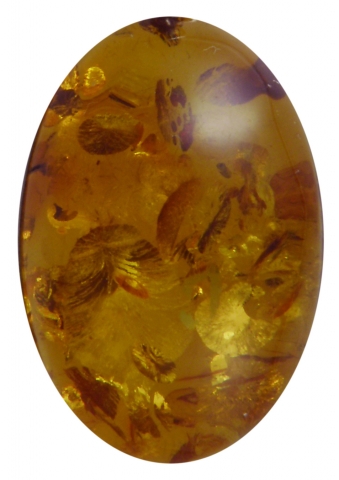 Amber is fossilized hardened resin of the pine tree that formed about 50 million years ago and was preserved in the Earth’s crust. It is mostly found in dense, wet sediments such as clay and sand at the bottom of a river delta. Amber has preserved ancient life and captured fragments of DNA of organisms entrapped in it. Amber originated from a species of now extinct plants. Amber has greatly increased the knowledge of the evolution of insects and plants as well as enlivening the interest in paleontology in general.Amber is often imitated by plastics, colored glasses and some modern tree resins. However, its hardness is usually greater and it is tougher than other resins. Its low specific gravity (amber can float on salt water) and inclusions can distinguish it from plastics and glasses.