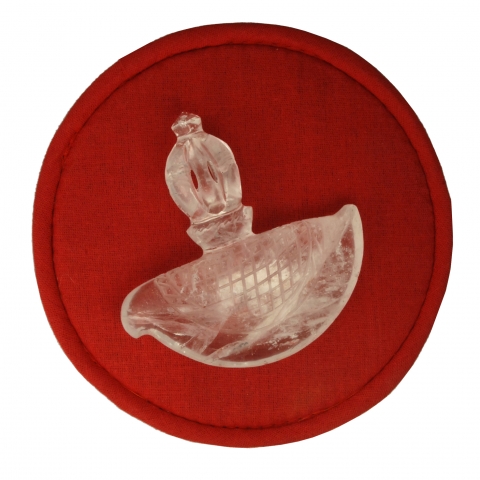 The kartika is a ceremonial Buddhist ritual tool used in meditation. It is shaped like a crescent knife and topped with a vajra. The Kartika is used in several Buddhist ceremonies, usually in combination with the kapala (skullcap), it is particularly important in the Tibetan practice of Chöd. a ritual involving a form of self-sacrifice, whereby the practitioner visualizes their own body as the offering   The kartika is also commonly used in the Tibetan sky ceremony.  Interestingly, the kartika is also utilised in the practice of Feng Shui.

Stock 3
Description
Quartz meditation implement
The Kartika symbolizes the severance of all material and worldly bonds. The vajra symbolizes the destruction of ignorance towards the path to enlightenment.