How Fossils Are Formed 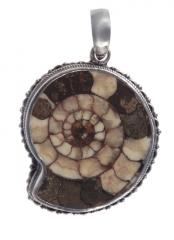 How Fossils Are Formed

How are fossils formed ?

The fossil record shows that life began in the seas approximately 3.8 billion years ago. Primitive

calcareous sponges built the first reefs, which were home to numerous arthropods, chiefly

strata. Life can be preserved in many ways, and fossils vary from vague traces of past activity (

such as footprints). It requires the rapid covering of an organism’s remains by sediment, deep

that life began in the seas approximately 3.8 billion years ago.

have occured in a number of places. They are common in fine grained sediments that occur in

low energy environments such as lakes, seafloors, swamps and the quiet parts of the deltas.

How are Fossils formed ?

Fossils form when an organism is buried and the hard parts of its body, such as the bones,

teeth, nails, shell or woody tissue are preserved either as original material or as an imprint. They

can range from pollen grains to the skeletons of giant dinosaurs or whales. Encapsulated bodies

such as insects caught in amber. Oftentimes, the original material is dissolved away, leaving a

cavity in the rock which may later become filled with another material, such as a mineral.

Limestone, chert, mudstone, shale and siltstone are some of the rocks where fossils can be

bodied marine life forms, the oldest yet discovered, have stirred much speculation about early

To release them with a hammer and chisel splits them apart along their bedding planes. By

studying the processes of burial and fossilization, scientists have been able to identify rarer

specimens and are always on the lookout for new undiscovered species.